Piles are an alternative term for Hemorrhoid’s .The root cause of piles is chronic constipation, indigestion, liver Problem , and many more. It may be varies in size and it can be found inside or outside of the anus.
It is possible to have both inner and outer piles at once. This is what does mean piles. Now let’s understand the symptoms of piles , so that you may become aware and get a piles treatment and that too without surgery as early as possible. 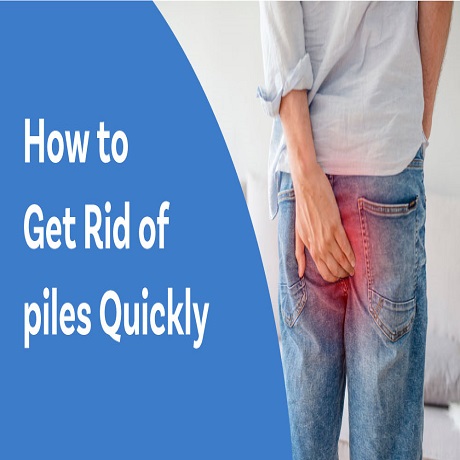 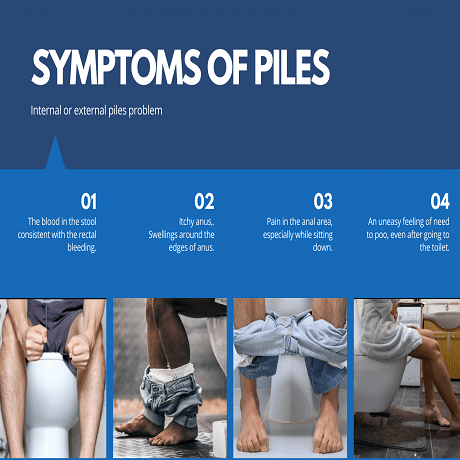 KNOW SYMPTOMS OF PILES & GET PILES TREATMENT WITHOUT SURGERY

As we know there are two types of piles i.e. Internal and External and both having different symptoms.

So, below we are going to indicate the symptoms of both piles :-

There Are Two Types of Piles That Are Classified as Internal and External piles.

Internal Piles – These Are Far More Common Than External Hemorrhoid’s/piles, Those are More Challenging to Be Diagnosed.

External Piles – They occur along the outer rim of the anus , appears to be sore and less common compared to internal hemorrhoid’s/piles. It also to Be very itchy and cause acute pain if a blood clot forms. 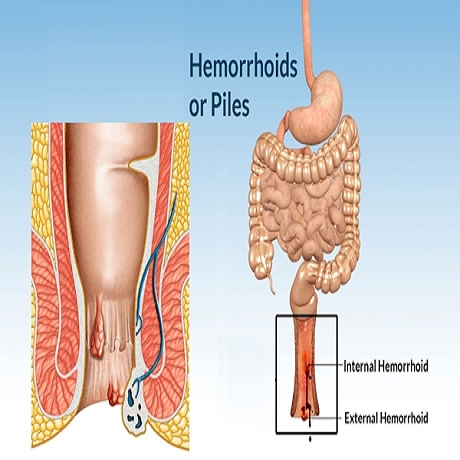 But no worries, both types of piles treatment is available at Vediti Ayurveda with free ayurveda consultation and also with right ayurvedic medicine for piles.

Ayurvedic approch for piles treatment without surgery at Vediti Ayurveda

Piles Is Caused by an Imbalance of the Dosha’s . Usually the Deficiency Occurs in the Vata and Pitta body types. Our ayurvedic treatment for piles, guarantees that, agni in the body will surely get improved as this how our piles treatment without surgery gets carrys as it will give more results than surgery treatment .

Our Vediti Ayurveda Pilo solution can be treated as one of the Best ayurvedic medicines for piles problems . It Regulates Metabolism with a Mild Laxative Action and Helps Facilitate Bowel Transition.

Add To Cart
GET FREE CONSULTATION .FILL THIS FORM

So, this how Vediti Ayurveda Pilo  Solution, an ayurvedic medicine for piles, will help to facilities piles treatment without surgery .Before it became too late, grab this best Ayurvedic treatment for your Piles Problem.

Smart Ayurvedic treatment for piles: What Would be The Best Choice? Best Ayurvedic medicine for piles is Vediti Pilo Solution

In the Western world, Ayurvedic medicine is commonly regarded as an alternative or complement to conventional medical care. Treating the mind, body, and spirit simultaneously is the goal of traditional Ayurvedic medicine. Restoring the body’s natural balance is the primary goal of this treatment.

If you’re interested in Ayurvedic treatment, you’ll want to know about the three doshas or physiological types: pitta; vata; and kapha. Fire (pitta), air (vata), and water (kapha) are the Ayurvedic theory’s three elements to which each dosha belongs (kapha). Physical and emotional characteristics related with a person’s dominant dosha might be seen.

The ultimate goal of Ayurveda is to harmonise each dosha. A combination of dietary adjustments, lifestyle modifications, and herbal supplements may help.

Classification of haemorrhoids by dosha

There are several Ayurvedic methods for treating piles

Ayurvedic hemorrhoid treatment methods are regarded as thorough. Ayurvedic patients often complain of haemorrhoids while seeking care. For people who suffer from the ailment, herbal remedies, lifestyle changes, and maybe minimally invasive surgeries are all part of the therapy plan.

To determine which dosha is most prevalent in your body, your Ayurvedic practitioner will conduct a thorough evaluation of your health. In order to get an appropriate diagnosis and treatment plan, you must have to call us on 8340461496 for free Consultation for piles/Anal fissure/fistula

What Kind of Ayurvedic Medicine You Can Trust on For Fissure

Anti-inflammatory and pain-relieving properties are found in the plant YashtimadhuChurna (YashtimadhuChurna), also known as Mulethi. This also serves as an antacid. Fissures and other wounds heal faster, and the burning sensation is relieved as a result of its use.

This medicine, well-known for its antibacterial, antiviral, and antimicrobial activities, may be used to treat a broad variety of disorders. Aside from that, the anti-inflammatory

What Would be Perfect for the Ayurvedic medicine for piles

We live in a fast-paced society where individuals are so focused on achieving their goals that they neglect to do the simple things correctly. People in their 40s and 50s are increasingly being affected by haemorrhoids, which are also known as piles, after previously affecting only those in their 60s and 70s. As a result, it may lead to the quest for an effective Ayurvedic cure for piles.

Among its many Ayurvedic applications is the treatment of bleeding piles and other ailments using the touch-me-not plant.Lajjalu is the name given to it (Mimosa Pudica). It contains the pain-relieving alkaloid mimosin, which has been shown to reduce inflammation when taken orally.

An old cure for piles and fistula, elephant foot yam, is becoming increasingly popular. For the yam known as AmorphophallusDubis, another common name is Amorphophalluscampanulatus.

Pilogest Capsule contains a unique phyto-constituent called tannin, gallic acid, ellagic acid and vitamin C found in triphala. Antioxidant properties of these phyto-constituents prevent the development of piles and fistula in the future by aiding in evacuation.

Terminaliachebula is the scientific name for the fruit Haritaki. “Haritaki” means “something that removes disease and makes the body shine” in English, which is what the phrase means. According to Ayurvedic tradition, the use of this sour fruit has traditionally been used to harmonise the three Doshas.

Terminaliabelerica is the scientific name for the Bibhitaki fruit. To be free of fear of illness, the term “Vibhitaki” is derived from the phrase “Vibhitaki,” which means “to be free.” As a detoxifier in Ayurvedic medicine, it removes toxins from the muscles, fat, blood and lymphatic tissues.

EmblicaOfficinalis, often known as the Indian gooseberry, is the scientific name for Amla. It may be used in a variety of ways since it is so widely used in both traditional food and traditional medicine. According to Ayurveda, Amla’s ability to balance the Doshas is what gives it this power. Traditionally, this plant has been used in Ayurvedic medicine as an immunomodulator, antioxidant, astringent, anti-inflammatory, laxative, and rejuvenator, to name a few uses.

Nutmeg is the genus name for the golden spice. Turmeric, a traditional Indian medicinal, is now widely used across the world. Cosmetics, religious devotion, and well-being are just a few of the many uses for it. Traditional Ayurvedic treatment relies on it.

The path to recovery is long and rocky

Comprehensive wellbeing is the goal of Ayurveda. If you’re suffering from an illness, you can’t just cure the symptoms alone. It is possible to cure disease-causing imbalances and improve overall health by using Ayurvedic principles.

Middle-aged and elderly adults are more likely to develop haemorrhoids or piles. Depending on where they’re placed on the body, haemorrhoids may be characterised as either internal or external.

Insider haemorrhoids are haemorrhoids that are hidden from view within the rectum. If left untreated, they might lead to bleeding, which can be quite painful.

Treatment for piles with Ayurveda

There are several causes of piles and haemorrhoids. A widespread belief is that folks who suffer from constipation are more likely to develop haemorrhoids or piles because they strain when emptying their bowels.

There are countless other factors that may increase an individual’s risk of having the condition, but a few stand out. In the next part, you’ll find a few examples:

Dysentery, diarrhoea , colitis, and other gastrointestinal illnesses and ailments may cause piles if they are not treated quickly.

Both post-partum and pregnancy haemorrhoids are becoming increasingly common, and the American Pregnancy Association states that they are mostly caused by the expansion of the uterus during pregnancy and the pressure exerted on the rectal wall after childbirth.

There are a number of things that might lead to piles

A few experts believe that certain aspects of our genetic composition may impact the creation of heaps. A person’s genetic makeup People with a history of haemorrhoids in their families may be more susceptible to the condition.

Treatment of Hemorrhoids and Piles using Ayurvedic Principles – Certain lifestyle changes are essential for both prevention and cure in Ayurvedic medicine because of the considerable dietary and lifestyle adaptations required. Some of the more popular ayurvedic remedies for haemorrhoids are discussed here, as well as some of the less common.

Additionally, prolonged sitting may cause haemorrhoids in the lower abdomen. Of the United States, a lack of physical activity has been shown to be a major contributor to the rise in hemorrhoid-afflicted individuals, according to several research.

Digestive aids like probiotics may help restore balance to a weak digestive system, so include them in your diet. Your rectal walls will be less irritated and you’ll feel more at ease if you take probiotic pills to aid digestion and soften your stools. Add water to your daily diet. Bowel movement becomes difficult when the body is dehydrated, thus drinking extra water may help ease the passage of faeces.

We are a Group of Professionals

We Vediti Ayurveda is group of best professional ayurvedic doctors. Who are certified by the top primer institutes. All our products and medicines are FSSAI approved 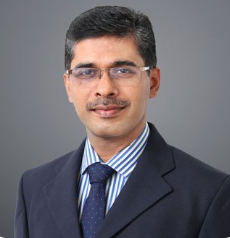 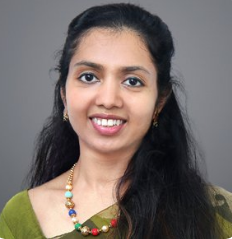 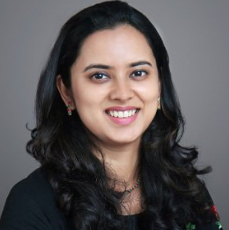 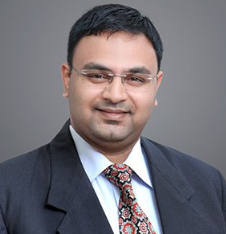 We are providing the best treatment for piles, orthocare, diabetes and fatty liver care medicines all
over the world.
0 +
Support Given
0 +
Clients Rating
0 M
Money Saved
0 +
Happy Customers

Vediti Ayurveda is the most trusted and suitable place to get herbal medicines.

Behind the word mountains, far from the countries Vokalia and Consonantia, there